Give $100, Get $100
Business
About Us
Pay BillCareers
Resources

Point Broadband is proud to provide ultra-fast Internet and Phone services for homes and businesses in your area.  With speeds of up to 1GIG (1000 Mbps) – both upload and download – fiber is superior to cable internet due to its capacity for symmetrical speeds and producing superior video conferencing, gaming, and streaming experiences.

For Home or Business

No Equipment to Buy

No Data Limits or Speed Throttling 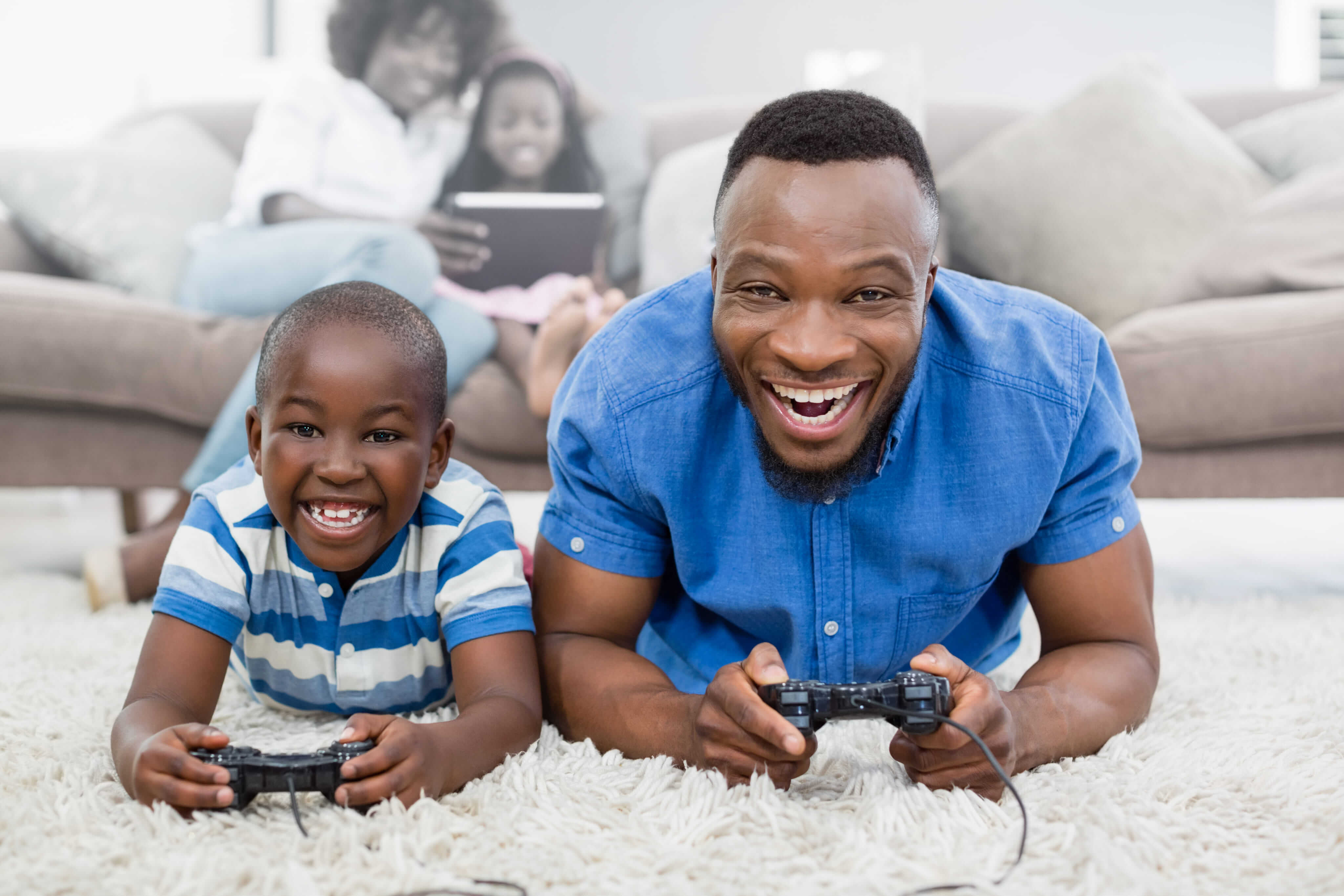 What does 1 gigabit per second Internet mean?

The connection speed available at the device we install on your premises is capable of transmitting 1,000,000,000 bits of information every second. Understand that your actual throughput speed depends on many factors including the number of connected devices, the distance between device and access point and the quality/quantity of the upload or download content.

What's so special about fiber Internet?

Fiber Internet is the latest improvement to the way data is transferred around the world. It’s significantly faster than cable, way faster than dial-up, and can carry large amounts of data in a single line, even reaching multiple terabytes of data transfer with ease.

Why would I want Point Broadband 1 Gbps service in my home or business?

Fiber-to-the-home is the most advanced, state-of-the-art Internet technology out there. Here are some key benefits to consider:

‍
For Your Home

What do I need to know about Internet speeds with Point Broadband?

We want to make certain you enjoy all of the benefits offered by Point Broadband’s fiber-fast speeds! Our engineers and technicians have put a lot of work into designing systems to help deliver that fiber-fast experience inside your home. First, we pull a fiber optic connection directly to your home and connect it to a Point Broadband provided Optical Network Unit (ONU).

Although Point Broadband provides 1 Gigabit speeds, there are a number of factors that can cause your network speeds to slow down. Some of these include:

Wireless adapters typically do not accommodate the full 1 Gig speed. To get the fastest possible network speeds, you should use a wired connection.

‍
If you do use wireless devices with Point Broadband 1 Gig service, you can still expect much faster speeds than you would get with other types of wireless access. Wireless speeds can be improved by reducing exposure to interference from outside sources that can significantly reduce network speeds for wireless devices. Learn more about optimizing your wireless network.

‍
Maximum speed is determined by a number of factors, including the connection type, the number of devices you’re running simultaneously, the age of your device, local RF interference, etc.

What if I'm not getting the speeds I expect?

If you are not getting the speeds you expect, you may need to change something in your environment or upgrade your device.

‍
Wi-Fi speeds can be affected by the following:

- Number of walls between the device and access point.

If you choose to use a wireless router with Point Broadband Gigabit, please consider the following:

What types of cables will be used for Point Broadband?

Do I need to buy new devices?

Probably not, unless they are older. Any device between the modem and your computer could be a weak link in the chain, limiting the speed of the connection. These devices may include your firewall, router, switch and laptop, tablet or smartphone. Check the documentation for the specific devices to find out the maximum speeds. Newer equipment with a 1000BaseT network interface card may support up to 1 Gbps speeds. However, most smartphones and tablets are limited to speeds well below 1 Gbps.

Do I need additional equipment?

No. When we install your new Internet service we will activate an Ethernet port that will connect to your computer or network device.

Will I need a modem?

You do not need a modem. Point Broadband will provide the device that the fiber connects to (Optical Network Unit).

Can I buy my own modem?

No, Point Broadband Gigabit service does not use a modem. It uses an Optical Network Unit (ONU) that we will provide as part of the service.

Will I be able to use Wi-Fi with Point Gigabit?

Yes. The equipment we will provide is designed to give you Internet access through the wired connection. You may also connect a wireless router to the device that Point Broadband provides. For the best performance, we recommend you use an 802.11AC or AX (Wi-Fi6) router/access point with the capability to support multiple streams. Point Broadband can provide these routers for an additional charge.

Can I use my own wireless router?

Yes. We recommend an 802.11ac or AX (Wi-Fi6) router/access point with the capability to support multiple streams to receive the best wireless experience. Please note that wireless speeds are dependent on the device capabilities.

Will my Wi-Fi connection be as fast as a wired connection?

No, we recommend an 802.11ac or AX (Wi-Fi6) router/access point with the capability to support multiple streams to receive the best wireless experience. Please note that wireless speeds are dependent on the device capabilities.

What is fiber optic cabling and what are its benefits?

Fiber optic cabling contains one or more strands of glass. Digital pulses of light carry signals along the line at the speed of light. This is the preeminent technology for Internet speed and reliability – it offers the highest speeds, best signal transmission, and best reliability in adverse weather conditions.

Is the speed the same in both directions (uploading and downloading)?

Yes, this is one of the great technological benefits of the service. Point Broadband’s service will deliver 1 Gbps upload AND download speeds. This is particularly important for home-based businesses and two-way video conferencing sessions and high definition home security video cameras. Actual transmission speeds will depend on your equipment.

Will there be a need to place any equipment on my home or business?

How far does the fiber actually go into my house or business?

Fiber connects to an Optical Network Unit (ONU) on or in your home or business. This allows Ethernet services to connect to devices in the building. Ethernet cables that connect the ONU to a router or your computer are normally limited to 300 feet.

What can I expect on the day of the Point Broadband fiber installation?

On the day your installation is scheduled, our dispatcher will give you a confirmation call before the installer arrives. When our Installation Specialist arrives, he or she will ask you where you want the equipment placed and will be ready to offer advice about positioning the devices to optimize your signal throughout the home or business. If possible, plan to have all your devices in their permanent locations prior to the arrival of the installer. Clear other items out of the areas where you think the Installation Specialist might be working. Your feedback is welcomed and appreciated in order to provide you a successful installation.

‍
Our Installation Specialist will do all of the work. He or she will run fiber from an outside equipment box directly to or into your home or business. If previously installed, the Installation Specialist will try to use existing Ethernet and phone wires in the walls at your location whenever possible. It is not necessary to wire your home or business for Ethernet. However, if your location is already wired with Ethernet cables, the best Ethernet cable to use for gigabit service is Cat5e and or Cat6a.

‍
If you plan to use the Point Broadband wireless access point, your technician will work with you to figure out a location where you can get reliable coverage throughout the house or office area. The installer may need to install a network cable to join that location to your Point Broadband Optical Network Unit (ONU).

What kind of Internet support do you offer to your customers?

We have a well-staffed team that is available to support you 7 days a week.

Our Technical Support Team is available 24 hours a day, 7 days a week.

‍
In addition, we have a Contact Form which automatically creates a case in our queue for a call back in regards to your questions.
Our response time in most cases is no more than 24 hours, depending on volume.

Hands down the best Internet service I've had so far. Reliable and better prices than Mediacom and ATT. I'm very happy so far.

Hands down the best Internet service I've had so far. Reliable and better prices than Mediacom and ATT. I'm very happy so far.

Best service I've ever had! Customer service is outstanding and the price/speed/reliability is WAY better than any of the national providers in my area. 100% Recommended!

This is the best Internet company with a great price that is affordable and meets the needs of customers at every level... Is this a great Internet provider? Yes!!! Give it a try… I did... And I love it.

We have been with Point Broadband for about a year now. We have had virtually no down time, regardless of weather or any other factor. Prior to Point, service was sporadic and unreliable and the temptation to go back to satellite internet was tempting, but because of the superior service experience with Point Broadband we could not be happier. We would heartily recommend Point Broadband to any one, or any business.